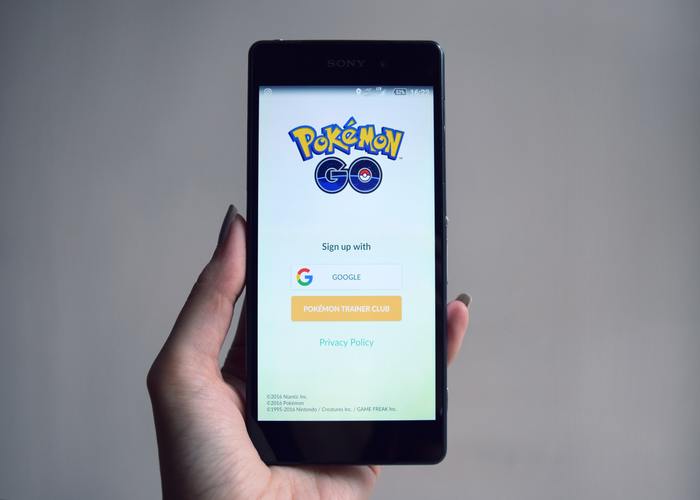 The facts are these: there is a significant number of app making companies out there. In fact, according to a post on Clutch.co, 67% of small businesses planned to have an app finished by the end of 2017. Keep in mind that this information includes only mobile app statistics, without desktop or web apps.

Now, let’s say that you want to find reliable app makers to partner with. In the sea of all the tech companies, you can easily get lost. Why? Because it can be difficult to distinguish good from the bad ones. Fortunately, there are numerous parameters that can separate good app making companies from the ones you don’t want to do business with. These parameters are:

Don’t forget: the best app making companies are the ones that have employees who work thoroughly, efficiently and keep an eye on details. Employees in these types of companies invest their time, knowledge and skills to come up with the best possible solutions. They are able to put themselves in their users’ shoes, recognize their deepest needs, and use this information as a guidance when building an app.

Let’s move on with the story. Imagine finding several companies that you think will be a good fit for you. Before you reach out those companies and evaluate them, though, you should understand how the app making process works.

If you are new to the whole development process, you should be aware of the fact that team commitment or great communication amongst team members are not enough to ensure the quality of an app. A team of developers and designers have to follow certain steps that will lead them to the final goal.

We are going to answer all of these questions (and more) and, if, by the end of the text, you feel like there are some things left unsaid, be sure to leave us a comment below and we will get back to you as soon as possible.

Just a quick note before we start with the actual stepsーin the following text, we will cover the process that outsourcing app making companies go through, which shouldn’t come as a surprise since Kolosek is a remote development team, too.

Now, let’s go through all the steps. 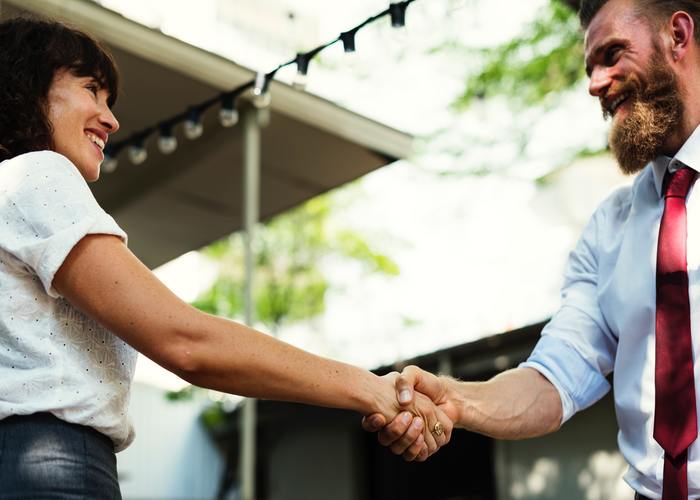 You have probably heard that making a good first impression is the key to doing business. We definitely agree and here’s why.

Making a good first impression is important, because it establishes trust in the long run and has the power to loosen up the first contact atmosphere. In fact, did you know that one sincere smile in interpersonal communication can make you more memorable?

So, what happens during this meeting?

You get to meet the Project Manager (or CTO or CEO) of an outsourcing company for the first time. In this meeting, you discuss the idea behind a potential project. If there is a mutual understanding, you provide the company with the information of what your app should look like and then, once the Project Manager has all the initial answers, the app making process can begin.

In most cases, the best app making companies try to meet the client face-to-face. If that is not a possibility, the first contact can be established over the phone.

Step 2: The Team Explores Your Idea 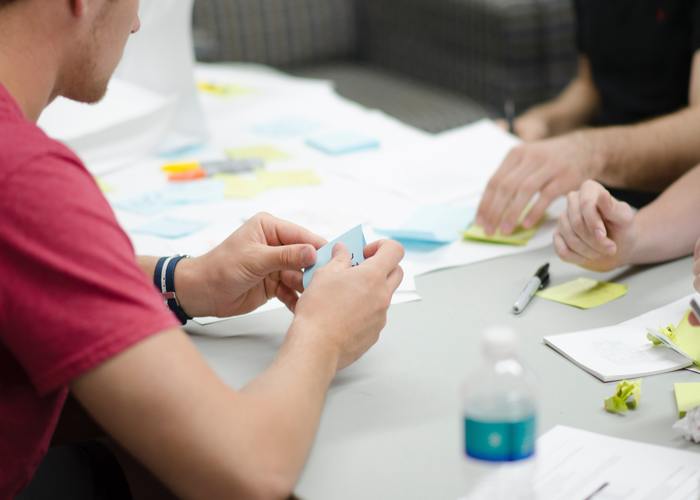 Once the Project Manager gathers all the information they need about the project, they introduce you to the team, who then explore your idea deeper by having a brainstorming session with the development and design team.

Here’s the thing about app making companiesーdevelopers and designers have to work together in order to create an app the way the client wanted. If they don’t, the goal of creating an app won’t be clear and there will always be one element left out. Everyone has to be on the same page, understanding each other’s tasks, and contributing equally.

What major decisions should a team make? Well, in this step the team should choose the right platform for the app, depending on its purpose and the ultimate goal. Understandably, there are differences between choosing a platform for a mobile or for a web app.

At the same time, a team of designers should work on making the best possible visual solution for the app. Designers create mockups of what the app should look like when it is finalized. This includes adding the logo and all the vital elements, like color, fonts, styling etc.

Once the team has a concept of the idea, the company should reach out to you and present it.

Step 3: Presenting the Idea to the Client

Once the idea is thoroughly explored, the team/the Project Manager will present it to you. Usually, a team of designers is in charge of this, since designers can easily lead you through every development and designer choice.

Please note that best app making companies know how to present their ideas in a concise and precise way. They don’t want to waste your time and know that you don’t want to listen to a two-hour story.

In this phase, you can spot a good development company just by paying attention to the feedback they provide you with, after you ask a question or disagree with something. Teams from the best app making companies always try to gather as much feedback as possible, because they know that is how trustworthy collaborations are established.

Also, if there is something you are not pleased with, you should always mention it and, eventually, have it changed. Keep in mind that this step is the final preparation before the actual programming starts. 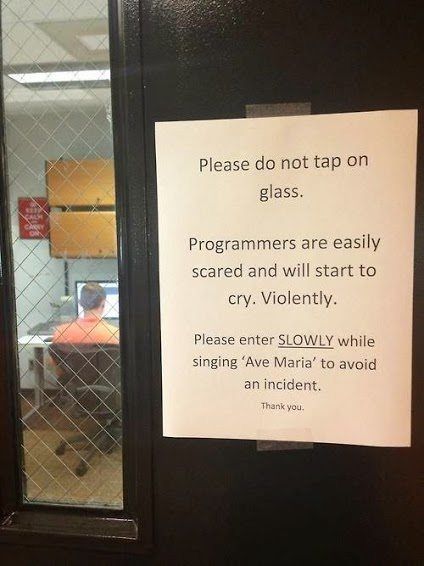 The app making process requires both development and design teams working together to create the final product. Usually, the client periodically checks the team’s progress and makes changes, if needed.

There are several methods which can ensure that the app development process is one the right track.

You have probably heard of agility and Scrum teams. Some managers in app making companies say that it is the best way to be in control of the project and monetize the progress. We can say that this method has led us through all of our projects and hasn’t disappointed us so far.

The app making process consists of the actual coding. The goal of every project is to make sure that you end up with a high-quality code, and it can be achieved by hiring experienced developers that can deliver fast, without hurting the code quality. However, there is one approach to the development process that will definitely raise the chance of having a quality codeーTDD.

TDD is an acronym of three words: Test Driven Development methodology. In short, this means that developers have to test their code before they can call it finished. Tests should be done periodically and the code is not considered finished until it passes every test. When performing the tests, remember that the first test is definitely going to fail. This is one of the first rules of development. 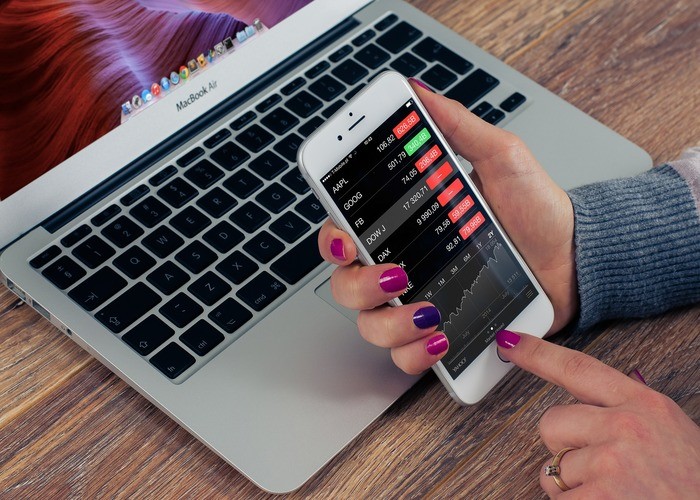 App making companies opt for beta testing only when the app is completely finished, i.e. when both the design and the coding part have been completed.

Why beta testing? Because this, the final testing, is there to make sure that your app doesn’t get released with bugs or crashes. Developers finally get a chance to use the app as final users and that is how they notice all the flaws and room for improvement.

From a financial perspective, beta testing is highly efficient. If a development company decides to skip beta testing, it can cost more since all the testing is done once the app is already released on the market.

Keep in mind that checking for bugs, performance, usability and all the other issues is a must before the official app launch. Don’t let any other app making companies tell you different.

If you think that your development team is “off the hook” once the app is launched, think again. The project continues even after the release and that’s when you’ll need someone who’ll have your back.

Here’s the deal: there’s no such thing as a perfect app. Bugs can occur even after the launch, but it is important to deal with them the moment they occur. That is why the development team takes care of the app by fixing all the issues that can come along. In this phase, the team takes the role of technical support.

As you can see, the development process is just like any other processーit requires hard-working people who properly communicate and are not afraid to face challenges.

Bear in mind that the app making process can be a success only when both sides work together. The development team needs your input before creating an app and your information about their progress.

Have you ever worked with any app making companies? If so, what is your experience? Share it with us in the comment section below.